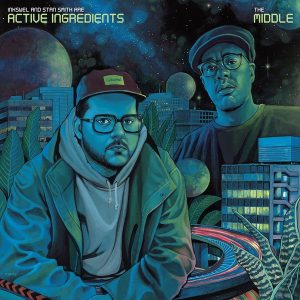 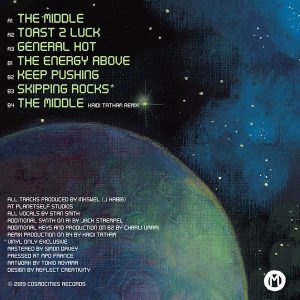 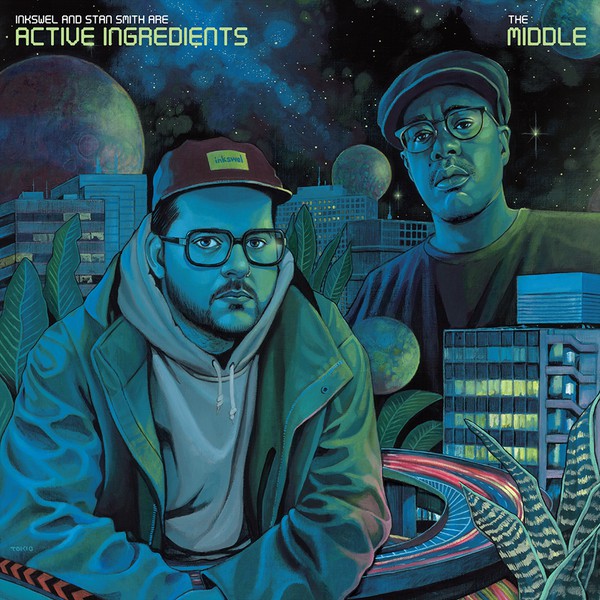 The brainchild of Australian-born, Berlin-based vibist Inkswel and fellow production companion Stan Smith, Active Ingredients break in Cosmocities' catalogue with “The Middle” - a seven-track slab championing a sound both otherworldly funky and full to the brim with feelgood, soothingly carefree material.

Flip sides and here’s some extra soulful heat for your ears with “The Energy Above”, a sample-heavy detour via Stax-era orchestrations and classic 90s hip-hop that’ll slap a smile on the face of nostalgics of both periods. Mood switches with the further forward-moving “Keep Pushing” feat. Charli Umami playing tricks on your mind with a flock of bloopy FX, solar-powered piano and a finely inlaid haunting melody to top things off. Jacking and shuffling, “Skipping Rocks” cuts a path of bassy destruction across the dancefloor with its powerhouse subs and flat-out pumping jazz step, whilst “UK’s Herbie Hancock” (as dubbed by BBC stalwart figure Benji B) alias Kaidi Tatham provides the supa-funky wares with his Sun Ra-esque revamp of “The Middle”, as he turns the og mix into a proper free-flowing piece of keyboard playing bravura and straight out sensual boogie music.

A1 . The Middle by Active Ingredients2:36

A3 . General Hot by Active Ingredients5:32

B1 . The Energy Above by Active Ingredients4:53

B2 . Keep Pushing by Active Ingredients3:23

B3 . Skipping Rocks by Active Ingredients7:15

B4 . The Middle - Remix Kaidi Tatham by Active Ingredients4:05